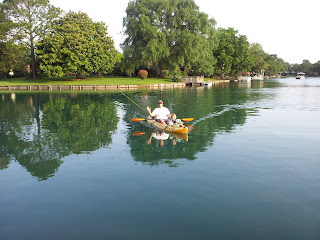 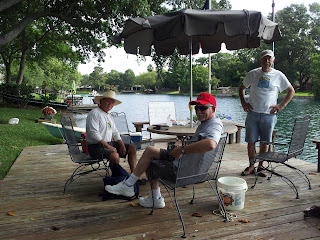 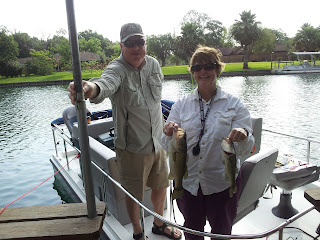 Posted by Susan Friedman at 6:24 PM No comments:

We have new neighbors at 103 Savoy, Jackie and Nathan Nguyen. Nathan and Jackie are relocating from Bellaire, TX.  They have a daughter, Olivia, and two dogs, Zoe and Summer.

Nathan is a family physician with offices in Wharton and Sugar Land. He completed his undergraduate work at Baylor, and medical school at UTMB.  Upon completing residency in Chicago, Nathan and Jackie decided to relocate back home to Houston.

Jackie is a culinary student at the Art Institute of Houston.  She was formerly a consultant at Big 4 firms, including KPMG and Ernst & Young.  She has a passion for food which has driven her to her current career change.  Both Jackie and Nathan enjoy golfing.

Olivia is an energetic 3 year-old who loves her dogs.  She is currently attending Crème de le Crème in downtown, Houston. The Nguyens are excited about relocating to Venetian Estates, and look forward to getting involved in the community.  Please stop by anytime to say hello!

I’ve recently closed the sale at 307 Savoy. Donn and Glenn Washburn will be remaining in the home for at least a couple of months, but are busy organizing, packing boxes and considering hosting an estate sale.  We’re going to miss seeing them around. Bob Moody is the new owner and we’ll soon see what plans he has for the home!

I have two VE sales pending and a new listing at 407 Savoy. Please call me for info on this exceptional new listing. It will not be listed on HAR immediately because the family needs time to move a considerable amount of furniture. However, if you know of someone who might be interested please have them call me. I would love to show the home to them.  The long view down the lake from the backyard is magnificent!

Many of you know that on April 3, City Council voted to approve the General Land Plan for Johnson Development, allowing 325 apartments to be located in the Historic District. This approval came following three hours of pleas from residents in approximately 14 surrounding neighborhoods to either relocate the apartments or delay approval of this location until the first phase proved successful.

The general media have not accurately reported  the goings-on between residents and the City, and have portrayed concerned citizens as simply anti-development and anti-apartments. The following is an excerpt from Kelly Ferguson’s response to the Houston Chronicle’s April 5 article:

The concerns that were expressed on Tuesday evening [April 3] were not about the number of apartments—they were about the location....Every single homeowner’s association in the immediate area of the Historic District contacted the City to express opposition to 1) apartments in the Historic District and/or 2) approval of their location at this point in time....City Council had the opportunity to respond to the overwhelming majority. Instead, they ignored the reasonable requests of their constituents and, thereby, their responsibility to “be responsive to citizens’ needs and wishes” [as defined on http://www.sugarlandtx.gov/city_hall/sity_council/form_of_government.asp].

What happened on April 3 has opened the eyes of many VE and other Sugar Land residents. Many feel that the issue is no longer simply about apartments being located in the Historic District. It is more about our elected officials – who do they represent? Why did only one councilor(Jacquie Chamette)vote in accordance with residents’ requests?   Were they “responsive to citizens’ needs and wishes,” as their job description says they should be, or did they vote according to their own wishes because they “knew better” than their constituents?

As always, call me if you or anyone you know is considering buying or selling – not just in VE, but anywhere!
I am in a network of the country’s best Realtors, and have recently referred past clients to other Realtors in Spring and Austin. Let me know if I can help with finding a Realtor for you or a friend anywhere in the country!

Posted by Susan Friedman at 11:59 AM No comments: